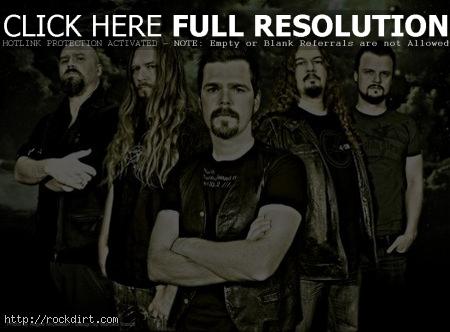 Borknagar premiered their first single off their new studio album ‘Urd’, due out March 26th in Europe and March 27th in North America. Check out ‘Roots’ at Decibel.com.

Borknagar’s Øystein G. Brun checked in to comment about the song:

In regards to the depth, diversity and magnitude of our new album, ‘Urd’, it almost feels painful to slice off just a tiny bit of the bloody roast for the very first official ‘starter’. I would argue that each and every song on the new album stands on solid ground, but as usual with our music, the songs empower each other in the context of a full album.

That said, ‘Roots’ is probably the song on the album that gives you the most representative impression of ‘Urd’. Musically it contains most of the elements that framework the musical universe of Borknagar, and lyrically this song is gnawing on the very spine of our lyrical tradition. Hope you enjoy this song, the first tiny glimpse into our new opus. The beast is about to be unleashed…

The album’s artwork was designed by Brazilian artist Marcelo Vasco, who has not only already worked on the band’s previous Universal release, but also with artists such as Soulfly, Belphegor, Einherjer, and Keep of Kalessin. The mixing duties for the album were taken care of by Jens Bogren at Sweden’s Fascination Street Studios.

The track listing for ‘Urd’ is below.
1. Epochalypse
2. Roots
3. The Beauty Of Dead Cities
4. The Earthling
5. The Plains Of Memories
6. Mount Regency
7. Frostrite
8. The Winter Eclipse
9. In A Deeper World