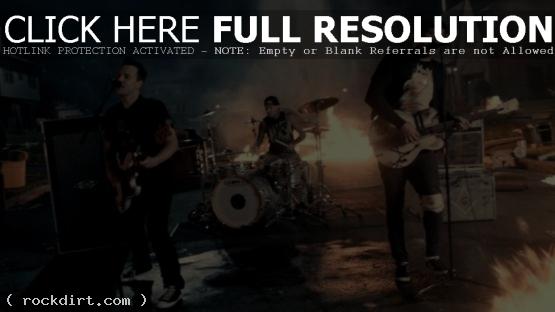 Blink-182 are out with the music video to their new single ‘Up All Night’, the first release from the Poway, California rock band’s sixth studio album ‘Neighborhoods’, out September 27th on Geffen Records.

“At this point in our career, what we’re trying to do with this record and everything, it’s not going to be totally the same as what people expected,” vocalist and guitarist Tom DeLonge told MTV News. “But, old Blink videos, we had a lot of serious ones and we had a lot of funny ones. This one, I think, will be along the lines of being more serious.”

Watch the Isaac Rentz directed video via Vevo below.