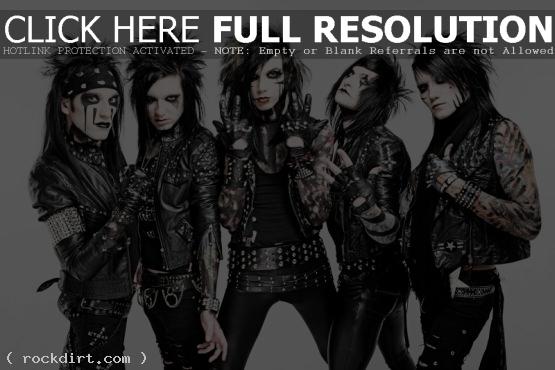 Black Veil Brides vocalist Andy Six spoke with MusicRemedy in a Q&A, where he was asked about the band’s sophomore album ‘Set the World on Fire’ and if he thought the writing has changed since their 2010 debut ‘We Stitch These Wounds’. “Sure I think like anyone, I mean I’ve had a lot more experience in the last year of touring and being on the road and everything,” Andy explained. “I think that all of us have really matured in what we do and in our writing style. Just improving as a band and I think that we’ve really grown and in a way that it was just natural. It was never wanting to write something that’s different or better. It was just taking all the elements of the first record that we loved and we’re happy about it. We’re putting them in and bringing them to a bigger scale. Sort of like Black Veil Brides on steroids. We’ve enjoyed what we’ve previously written and we’re just making it bigger and better.”

May 20, 2011 rockdirt Transcript 3 Comments
«…And You Will Know Us by the Trail Of Dead Headlining West Coast Tour
Eddie Vedder Not Sure We’ll See New New Pearl Jam Album This Year»