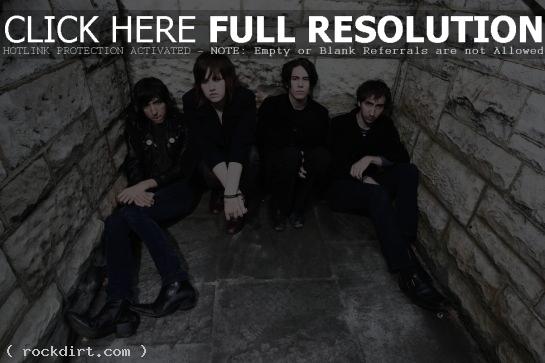 Oliver Trevena of Young Hollywood hung out with Billy Boy on Poison, the latest band signed to Kiefer Sutherland’s record label, Ironworks. The band talked about their unique sound and poetic lyrics, how they came together, being influenced by David Bowie and The Rolling Stones, their hit single ‘On My Way’, and their debut album, ‘Drama Junkie Queen’.

“Kiefer is a good guy,” Davis Leduke said. “Kiefer has really been here for us. He believes in us a lot.” As for Sutherland’s acting fame, Davis added, “It is funny to see what he does. Just because basically if you see anything bad that Kiefer has done, I’m just gonna think it’s cool. It’s gonna make him cooler. Make him make him look like more of a human being, so I’d give him a break.”