Behind The Scenes With The All-American Rejects 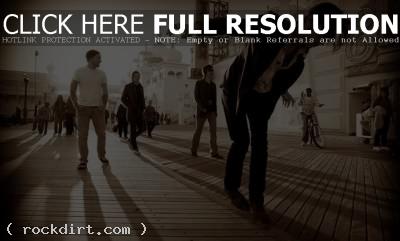 The All-American Rejects have teamed up with Gillette.com for Gillette UNCUT, a new music film series by acclaimed rock photographer Danny Clinch. UNCUT is part of the personal care brand’s new Shave Like A Rockstar campagin, and features a short film, photos, and exclusive behind-the-scenes footage of the band as they prepare for a recent concert in Atlantic City. In the intimate short, Tyson, Nick, Mike and Chris share with fans their pre-show rituals and preparations, as well as how they have evolved as a band and as individuals since their formation in 1999.

Gillette.com’s backstage pass to all the action has since been removed.