Behind The Scenes With Machine Head Making Their New Album 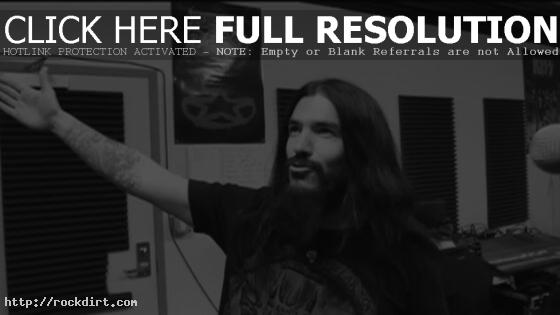 Machine Head finished writing their highly anticipated follow up to ‘The Blackening’. Check out a look inside the band’s jam room, see what goes into the writing process and what this album means to the band in a YouTube video below. “The songwriting process can definitely be frustrating sometimes because sometimes you’re working on the same thing for 2 or 3 weeks,” drummer Dave McClain said. “The same parts you’re kind of waiting for something to happen the next time. You don’t have a part coming up and you’re kind of just waiting around for something to happen. You can kind of get stuck in a rut. It’s frustrating to say the least. At this point, where we’re at now, as far as demoing everything, that’s when it starts flowing, whether it’s by accident or by purpose.” Watch the comments from all the band members via YouTube below.