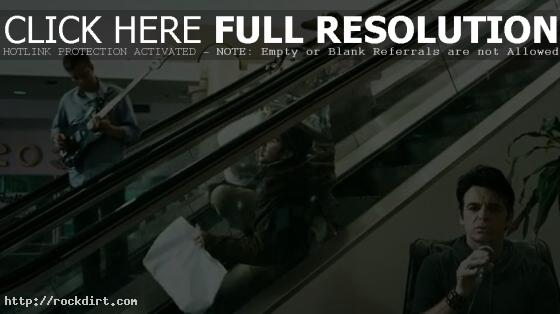 Battles are out with the music video to their new single ‘My Machines’, which features synth-pop pioneer Gary Numan. A collaboration with The Creators Project’s The Studio, which produces and distributes works from artists representing a cross-section of creative disciplines, the video can be viewed below.

‘My Machines’ is available as a 12″ colored vinyl single via Warp Records; the printing is extremely limited due to the recent Sony DADC warehouse fire in the UK. The track—off of the band’s sophomore record ‘Gloss Drop’, is available now via Warp Records. Numan noted that “working with Battles was an easy choice for me. They have a unique approach to making music and a clear idea of what they want. They are inventive, adventurous, unpredictable and I’m proud to be involved.”

Battles is set to embark on an extensive tour this fall, see below for a list of confirmed dates below the cut.