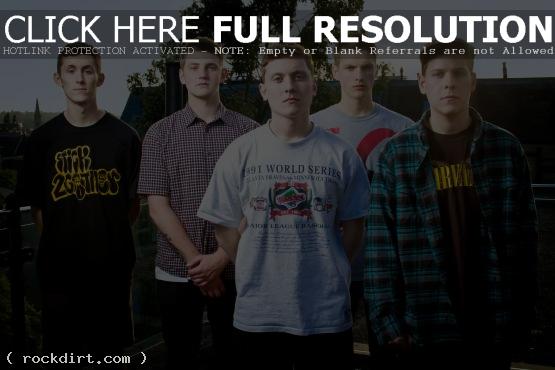 UK indie rockers Basement have announced plans to go on an indefinite hiatus after wrapping up their U.S. tour, which kicked off July 20th at Santa Barbara’s Sound & Fury Fest. The band just finished recording their second album ‘Colourmeinkindness’, with producer Sam Pura in Northern California this week. The album will be released by Run For Cover Records this fall.

In a joint statement released to the media yesterday, the band says:

Now ‘Colourmeinkindness’ is finished, we head out to play a string of shows across America. Due to a number of personal commitments, this record and these shows will be the last thing we do as a band for a very long time. Basement has never been about achieving anything; it was simply an enjoyable outlet for creativity and emotion. That being said, we are incredibly grateful for the support we have received over the last two years. We have managed to do some amazing things and see some incredible places and the people we have met along the way will be our friends forever. We seriously cannot express sufficiently how much this means to us. We all have things going on outside of the band that require a lot of time and attention and now more than ever these things have to come first.