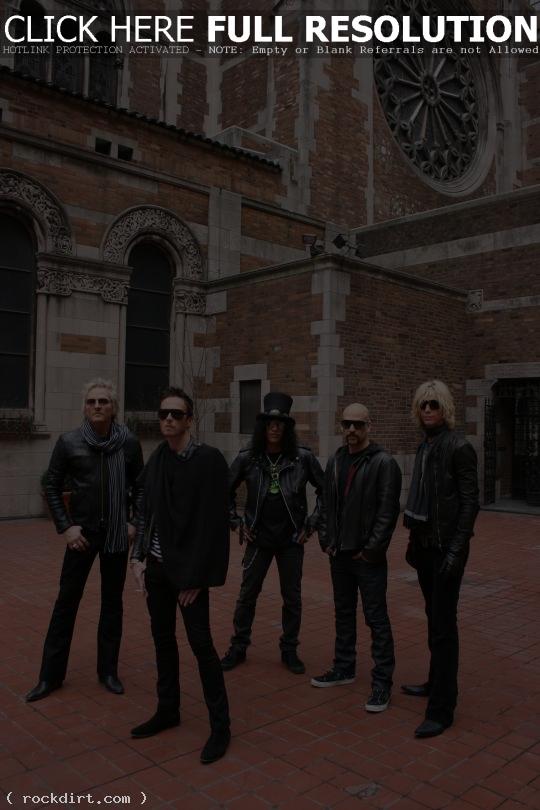 AT&T blue room features a live set with Velvet Revolver, including performances of ‘Fall To Pieces’, ‘Get Out The Door’ and ‘Last Fight’ from their New Year’s Eve gig at Hammerstein Ballroom in New York City. The veteran band’s bassist Duff McKagan, drummer Matt Sorum, and guitarist Slash also discussed ‘Libertad’ tracks ‘Get Out The Door’, ‘She Builds Quick Machines’, ‘The Last Fight’ and ‘Can’t Get It Out Of My Head’, ‘She Mine’ being an 11th hour addition to the album after a photo shoot riff, and Duff and Matt’s thoughts about Slash’s memoir. The final clip features the band at Hammerstein doing a soundcheck and Matt narrating, offering a few on stage secrets to what goes on during their shows. Video at attblueroom.com has since been removed.