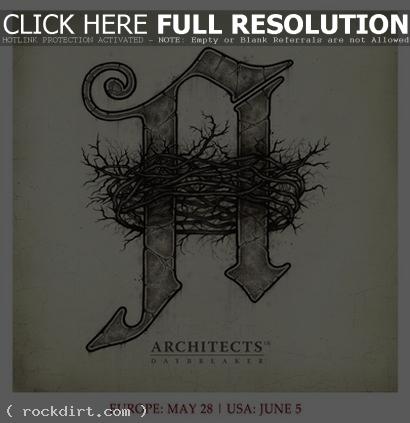 Brighton’s Architects (UK) have completed work on ‘Daybreaker’, the follow-up album to their 2011 release ‘The Here And Now’. Daybreaker was produced with John Mitchell and Ben Humphreys at Outhouse Studios in Reading, the same team that worked on the band’s 2009 effort ‘Hollow Crown’. The artwork for the album was done by Paul Jackson. Daybreaker will be released on June 5th in the USA and May 28 in Europe.