Angelus Apatrida ‘You Are Next’ Video 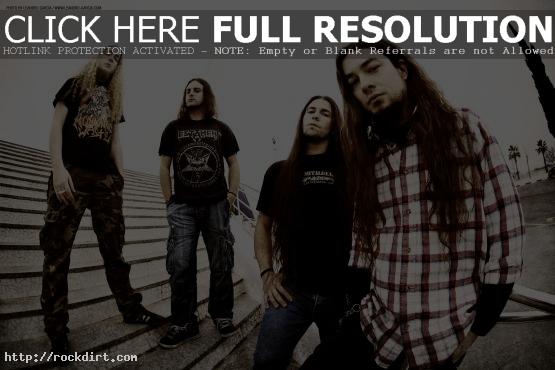 Angelus Apatrida are back with a new studio album entitled ‘The Call’, which is to be released on April 30th in Europe and digitally on May 8th in North America via Century Media Records. In anticipation of this release, the band has now launched the album’s first video clip for the opening track ‘You Are Next’.

In regards to the track, ‘You Are Next’, and their upcoming release, ‘The Call’, the Spanish thrash metallers said:

We think that ‘The Call’ is a record that represents the wide variety of styles and elements in our music extremely well; every song stands alone strong and unique in its own way, making the album a whole piece that needs to be heard completely to get the full idea of the sound of the band. But, if we had to choose one song to represent the whole thing, it would be ‘You Are Next’ because, both lyrical and musically, it showcases the anger and fury we wanted to put into this album, and also reflects the step forward we feel we have made technically. It’s a song that starts slowly and trying to capture the listener before exploding into a furious sonic assault.

The video for ‘You Are Next’ was produced by directors Sara Cort and Adriana Lorente, who had also worked on the band’s previous video ‘Blast Off’, from the album ‘Clockwork’. Watch it via YouTube below.