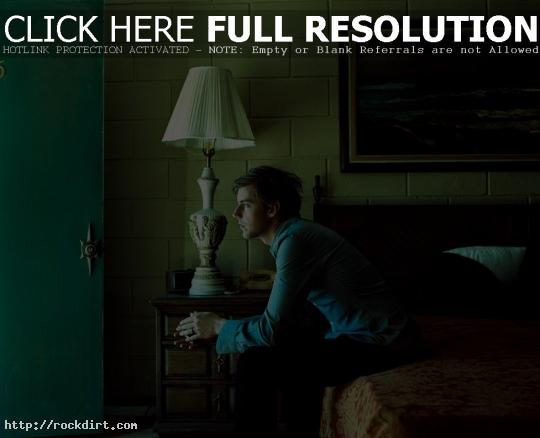 Andrew McMahon of Jack’s Mannequin spoke with Australia’s Time Off magazine about how his schedule for their second album ‘The Glass Passenger’ is a lot different than it was with their 2005 debut ‘Everything in Transit’, where the 26-year-old was in the hospital having a bone marrow transplant to beat leukemia the week of its release. “Yeah, I forgot how hard it is to promote a record,” McMahon admitted, laughing. “It’s a lot easier than being in a hospital room, that’s for sure, but I kind of laugh because I got kind of comfortable with the idea that I could be on the road and not have to talk to anybody and just hang out before a show and now it’s like I’m on the phone all day and running around and putting my greasy mug on a camera. It’s tough work but it’s nice to be able to be out there and stand behind what we’ve created and really get to talk about it. It’s a necessary evil to making records. Do I love promoting albums? I’d be lying if I said yes. Do I love shooting music videos? No. I love making music but it’s what makes it possible for me to make music. You take it with the good and at the end of the day you get to meet a lot of people as a result.”

The full story at timeoff.com.au has since been removed.

«A Skylit Drive ‘All It Takes For Your Dreams To Come True’ Video
On TV: Fall Out Boy, The Cure, Staind»