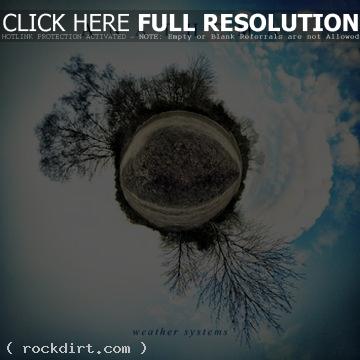 Anathema are set to release their ninth album ‘Weather Systems’ on Tuesday (April 24) via The End Records. ‘Weather Systems’ is the follow-up to 2010’s ‘We’re Here Because We’re Here’. “It feels like we are at a creative peak right now, and this album reflects that,” guitarist Daniel Cavanagh said. “Everything from the production to the writing to the performances are a step up from our last album. This is not background music for parties. The music is written to deeply move the listener, to uplift or take the listener to the coldest depths of the soul.”

The album was recorded in Liverpool, North Wales and Oslo, each place significant to the English band’s past, present and future. The record was produced and mastered by Christer-André Cederberg, who Daniel has described as “a revelation. His calmness and brilliance has helped to bring about the greatest inter-band chemistry that Anathema have experienced together in their career.”

‘Weather Systems’ Tracklisting:
1. Untouchable, part 1
2. Untouchable, part 2
3. The Gathering Of The Clouds
4. Lightning Song
5. Sunlight
6. The Storm Before The Calm
7. The Beginning And The End
8. The Lost Child
9. Internal Landscapes