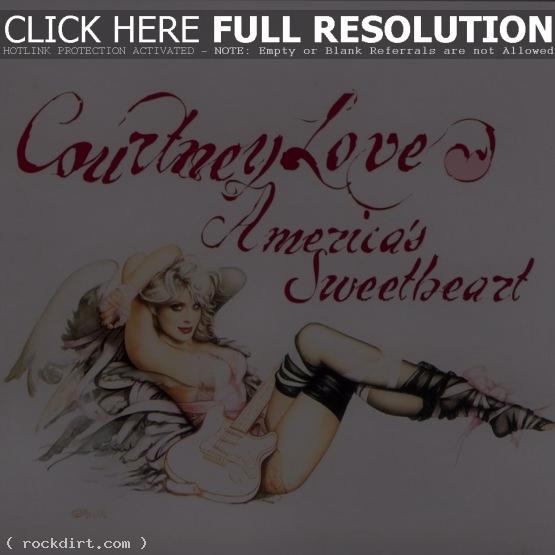 Jennifer Vineyard of MTV News reviewed Courtney Love’s debut solo effort ‘America’s Sweetheart’. She writes, “Love’s always more impressive as a banshee than as a sweetheart — even she realizes this, swiping at her most tender moment on the album, a nostalgic power ballad, by giving it the title ‘Uncool’. She’s a fascinatingly messy bundle of contradictions, a destroyer and creator in equal parts, who gives voice to things we dare not say. America’s Sweetheart may not save rock and roll — but can anything?” Read more.