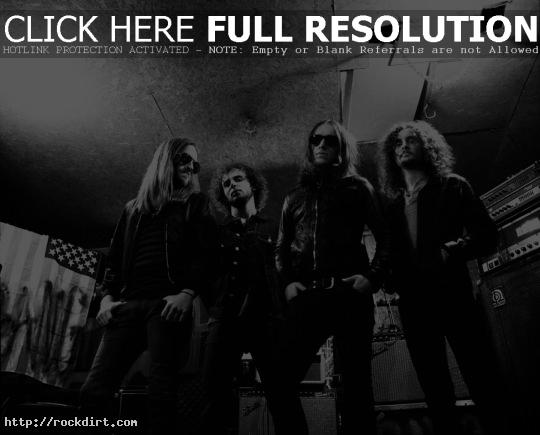 American Bang have announced that their self-titled major label debut album will be out August 31st on Reprise Records. The album was produced by the legendary Bob Rock in Nashville and Hawaii, and captures the musical roots of the Southern rock band. The band wrote on their tour blog at americanbangrock.com after hitting Reno earlier this week:

The last couple nights have been lots of fun and lots of traveling! We played Spokane and had an overnight drive to Portland, then overnight from Portland to Boise and then another 5 hours after last nights show. The thing we’ve found most interesting in Oregon, Washington and Idaho are the strict drinking rules in the venues. These shows have all had a separate area for under and over 21 years of age. The thing that is bizarre is we can’t carry drinks to and from backstage to watch the other bands… Not the end of the world but it’s not like that in the south!!!