All That Remains To Support Killswitch Engage In November 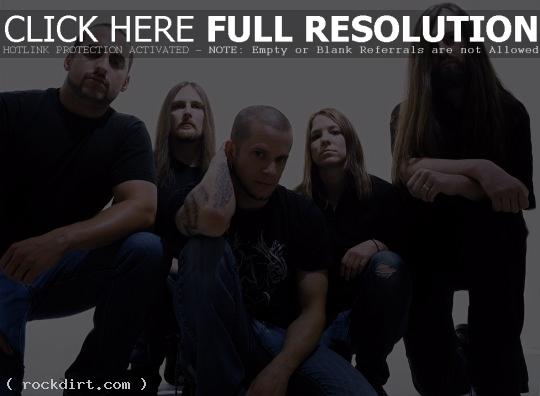 Massachusetts-based metal act All That Remains will join up with fellow
New England natives Killswitch Engage for a string of dates throughout
November, replacing Shadows Fall as direct support for the package which
also features Bury Your Dead and 2 Cents. Continuing to support their critically-acclaimed
new album, The Fall of Ideals, All That Remains will play Asbury Park,
NJ’s Saints and Sinners Festival on Oct. 29 before meeting up with Killswitch
Engage Nov. 9. All That Remains will be direct support through the Nov.
26th Spokane, WA show before departing for the United Kingdom for an 11-date
tour of the country supporting DragonForce.

Amid the flurry of touring activity, All That Remains can also be heard
on the new trailer to Saw III, which can be found online here (http://www.saw3.com/).
The trailer features a clip of “Indictment” , another track from the
The Fall of Ideals.  All That Remains’ “This Calling” also serves
as the lead track on the film’s soundtrack album, now available on Warcon
Records. A re-edited version of the “This Calling” video featuring footage
from the film is also available on the band’s official website (http://www.allthatremainsonline.com)
and the Prosthetic Records YouTube page (https://www.youtube.com/profile?user=ProstheticRecords).
The new version of the video will premiere on video outlets shortly.
The track “Six,” also found on The Fall of Ideals, will be featured as
a bonus track on this fall’s highly-anticipated Playstation 2 video game
Guitar Hero II, available Nov. 7.

All That Remains on tour

November 7, 2006 rockdirt Concert No Comments All That Remains, Killswitch Engage