Aborted ‘The Origin Of Disease’ Video 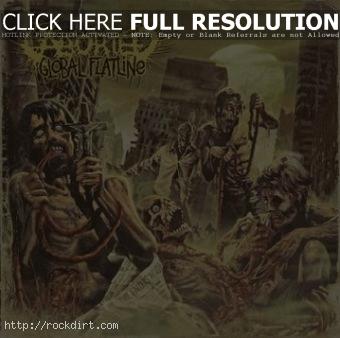 Belgian goremasters Aborted will be releasing their new album ‘Global Flatline’ on January 23rd in Europe and January 24th in North America. In anticipation of the release, the death metal band is now giving fans the chance to check out their brand-new video clip for the track ‘The Origin Of Disease’. Watch it below courtesy Metal Injection. ‘The Origin Of Disease’ was directed and produced by Phil Berridge.