30 Seconds To Mars, The Book 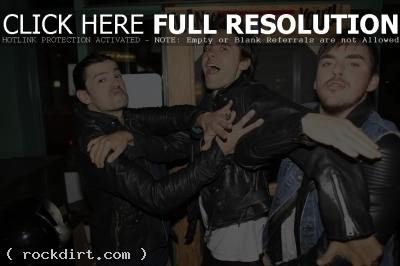 30 Seconds To Mars guitarist Tomo Milicevic spoke with Time Off magazine about talk the band’s debut album ‘A Beautiful Lie’ is a concept record. “We look at it like chapters in a book,” he suggested. “That’s why we number them chapter one, chapter two and so on. The whole record definitely talks about certain things from our point of view but every song is a complete story in itself. I feel like we could make a complete record that sounds like each song on the record and still have a pretty interesting-sounding record. Our songs are never literal and I know that Jared’s goal as a songwriter is for you to interpret it in your own way – to give you a manual to follow into your imagination.” The article at timeoff.com.au has since been removed.