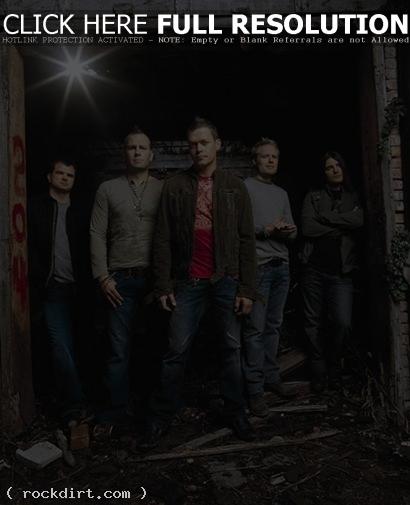 The latest video blog from 3 Doors Down features the band at the border crossing in Canada, where Todd Harrell survived nearly 7 hours of “harsh interrogation” before they were allowed to cross the border. They’re next seen at the Vancouver studios of 99.3 The Fox ahead of their GM Place concert. They were then presented with a gold record for Canadian sales of their self-titled release. Edmonton, Alberta was the final stop in the episode, where they are seen performing ‘The Champion In Me’. Watch the clip below.